Workshop on Design and Political Agency

This past September, students in Parsons MA Design Studies program in New York were invited to a workshop on Design and Political Agency – a workshop whose format was inspired by Virginia Tassinari and Elisa Bertolotti’s storytelling projects for DESIS Design Philosophy Talks.  Each student chose an object (or a photo or drawing of an object or a place) that fosters (or deters) peoples’ power to speak and act in the political sphere.  Each wrote a short essay about the object and its capacities to enable (or block) people’s voices and actions. They then traded objects with their classmates and wrote another set of stories about this ‘new’ object’s capacity to engender or deny agency/power. Interestingly, the essays that came out of the second part of the workshop, which required interpretation without foreknowledge, were very close in spirit to original essays. They show how effectively things like surveillance cameras, keys, and propaganda buttons embody power, leaving little room for reinterpretation and, by extension, challenging to designers to appropriate them toward more liberating ends. 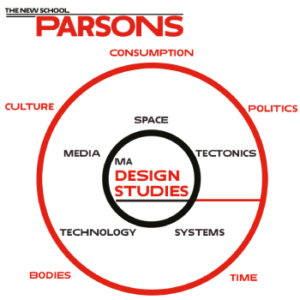 > Go back to all Events